Welcome to Year 2! Please note that throughout TOGO we will use the following levels color legend:

If you are new to Tapestry Online (TOGO) and wondering where to find your digital products, try watching our navigation video!

As you can see from the Production Calendar at the end of the Explore Tapestry page, Lampstand Press will be working on its own Booklist section of the new website. We plan to release this in the winter of 2022. Until then, we recommend that you find the books you need at Bookshelf Central, a company that has been dedicated to excellence in selling books to go with Tapestry of Grace for many years! 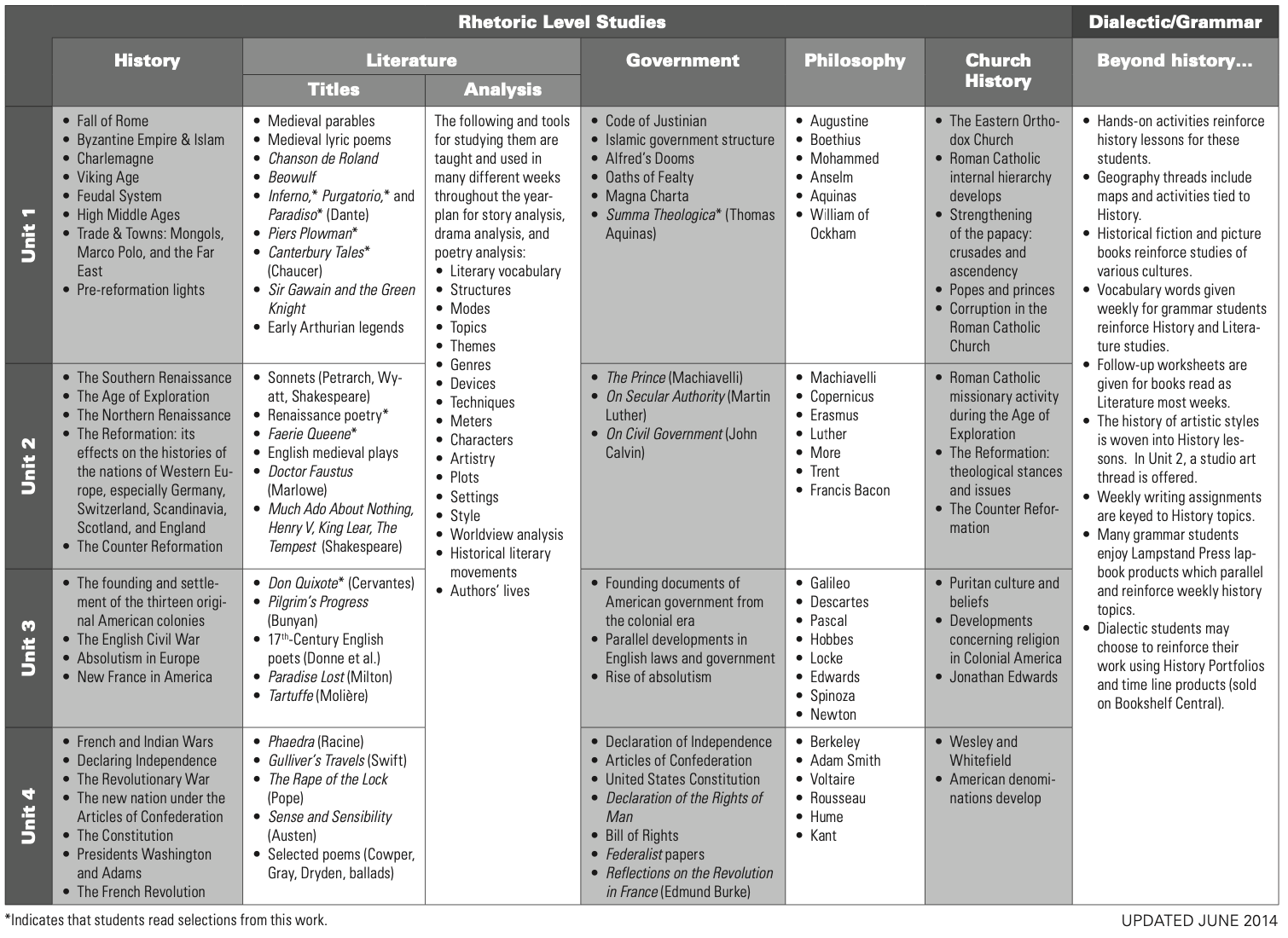 Week 5: Developments During the Viking Age

Week 8: The Mongols, Marco Polo, and the Far East

Week 9: The Reshaping of Medieval Europe

Week 10: Early Lights of the Reformation

Week 11: Introduction to the Southern Renaissance

Week 13: The Southern Renaissance & the Age of Exploration

Week 15: The Northern Renaissance & Its Scholars

Week 24: Dissenters in America & the Age of Reason

Week 33: America under the Articles of the Confederation

WARNING: Your Locklizard license will no longer work after March 2022! If you have not already transitioned from Locklizard, please search "Great Transition" under the Help button for instructions. Dismiss