Welcome to Year 1! If you’d like to see free samples of all our products in Tapestry Online, please open an account and then try out the first three weeks of Year 1 here.

Please note that throughout TOGO we will use the following levels color legend:

If you are new to Tapestry Online (TOGO) and wondering where to find your digital products, try watching our navigation video!

As you can see from the Production Calendar at the end of the Explore Tapestry page, Lampstand Press will be working on its own Booklist section of the new website. We plan to release this in the winter of 2022. Until then, we recommend that you find the books you need at Bookshelf Central, a company that has been dedicated to excellence in selling books to go with Tapestry of Grace for many years! 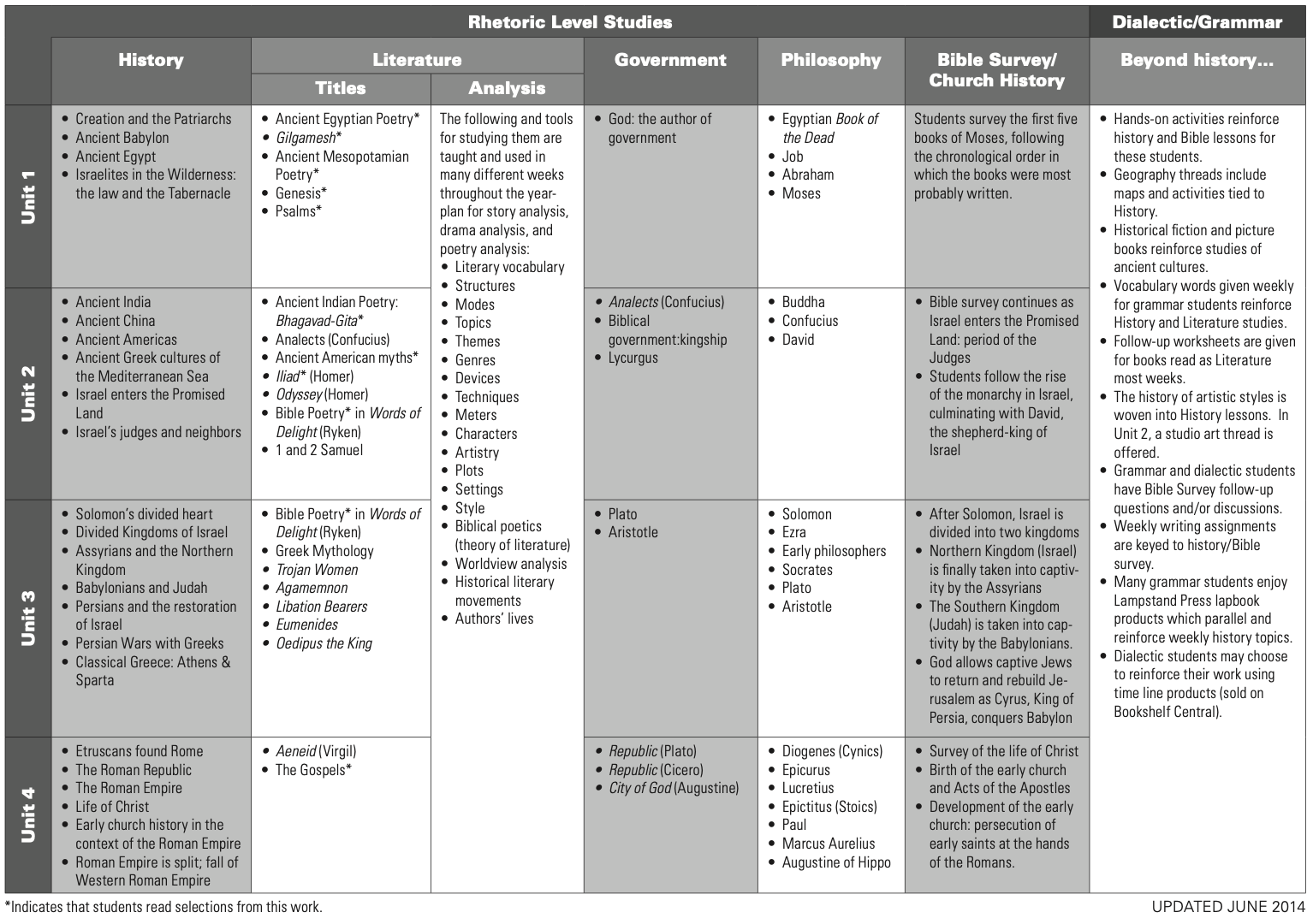 Unit 1: The Books of Moses

Week 1: Curtain Rises on Egypt: Gift of the Nile

Week 6: The Patriarchs: From Canaan to Egypt

Week 7: In The Wilderness: The Tabernacle & the Law

Week 8: In The Wilderness: Holiness – Worshipping God as God

Week 9: In The Wilderness: Slaves to Warriors

Unit 2: All Governments Are Established by God

Week 17: The Rise of Saul & the Philistines

Week 18: King David and the Phoenicians

Unit 3: Preparing the World for its Savior

Week 21: The Assyrian Scourge: The Northern Kingdom Is Deported

Week 22: The Chaldeans (New Babylonians) and the Babylonian Captivity

Week 23: The Medes and Persians: The Israelites Return Home

Week 25: The Golden Age of Greece and the Peloponnesian Wars

Unit 4: In the Fullness of Time

Week 28: The Etruscans and the Founding of Rome

Week 31: From Republic to Empire

Week 33: The Zenith of Imperial Rome: Backdrop to the Early Church

Week 34: Rome Decays: Saints and Martyrs of the Early Church

WARNING: Your Locklizard license will no longer work after March 2022! If you have not already transitioned from Locklizard, please search "Great Transition" under the Help button for instructions. Dismiss